Tropical Storm Nicholas - Report a power outage for your area. Find out how.

Back to About Us

At Gexa Energy, we’re dedicated to our core values of commitment to excellence, doing the right thing, and treating people with respect. 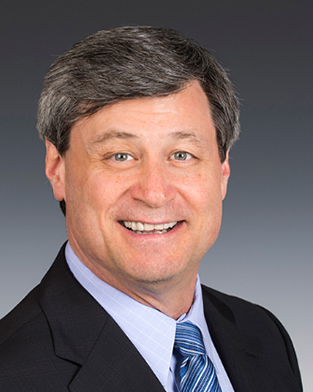 Prior to joining the company in 2012, Landrum served as Chief Business Officer at Calera Corporation where he was tasked with commercializing a unique carbon capture and beneficial re-use technology for fossil fuel power generation and industrial emissions.

Landrum also served as Chief Operating Officer at Reliant Energy and RRI Energy where he successfully managed the P&L of the organizations with $12.5 billion in revenue, over 15,000 megawatts of merchant generation and 1.8 million retail electricity customers.

Earlier in his career, he was General Manager of Compaq Computer’s over $1 billion worldwide displays business.  Brian also worked in management consulting for McKinsey and Company in Texas and Mexico and for Accenture in San Francisco, Switzerland and Germany.

Landrum is the 2017 Corporate Walk Chair for The Leukemia & Lymphoma Society’s (LLS) Light The Night Walk.  He most recently served as a Board Member of Rebuilding Together - Houston, the largest non-profit provider of free home repair and renovations for low-income, elderly, disabled and veteran homeowners in Harris County. He also has served on Boards of Central Houston, the Electric Power Supply Association, Pantellos, an online supply chain marketplace for the utility industry, and Grande Communications, a Texas-based provider of broadband Internet, cable television and phone service.

Landrum holds a Bachelor of Science (BS) in Industrial Engineering from Stanford University and a Master in Business Administration (MBA) from the University of Chicago.